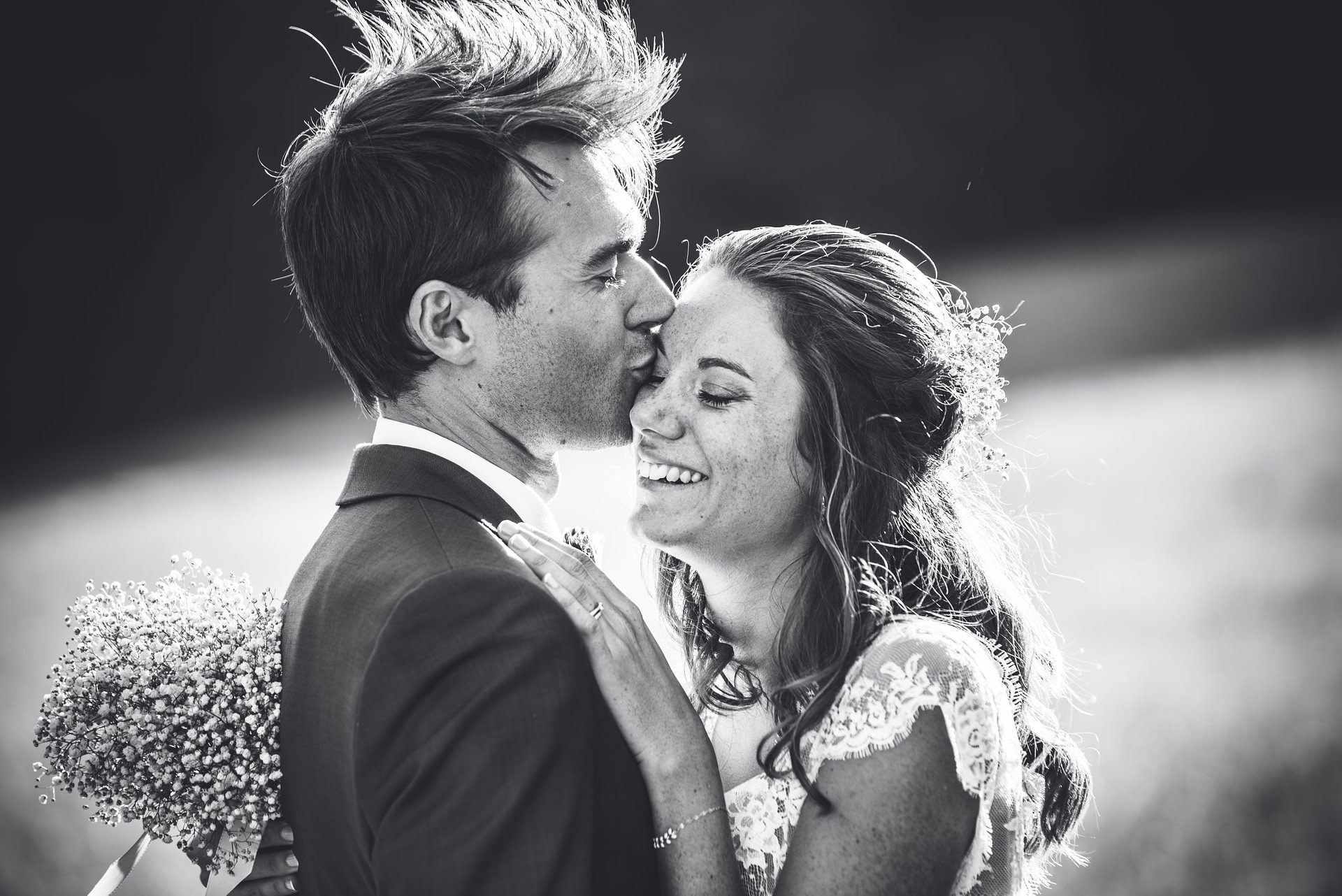 It's your big day and you want to make sure it's immortalized in the most perfect way possible. This means find a photographer that captures everything about you, from the color of your dress and bouquet to the smile on your face. What if there was an even better option? A black and white wedding photographer! 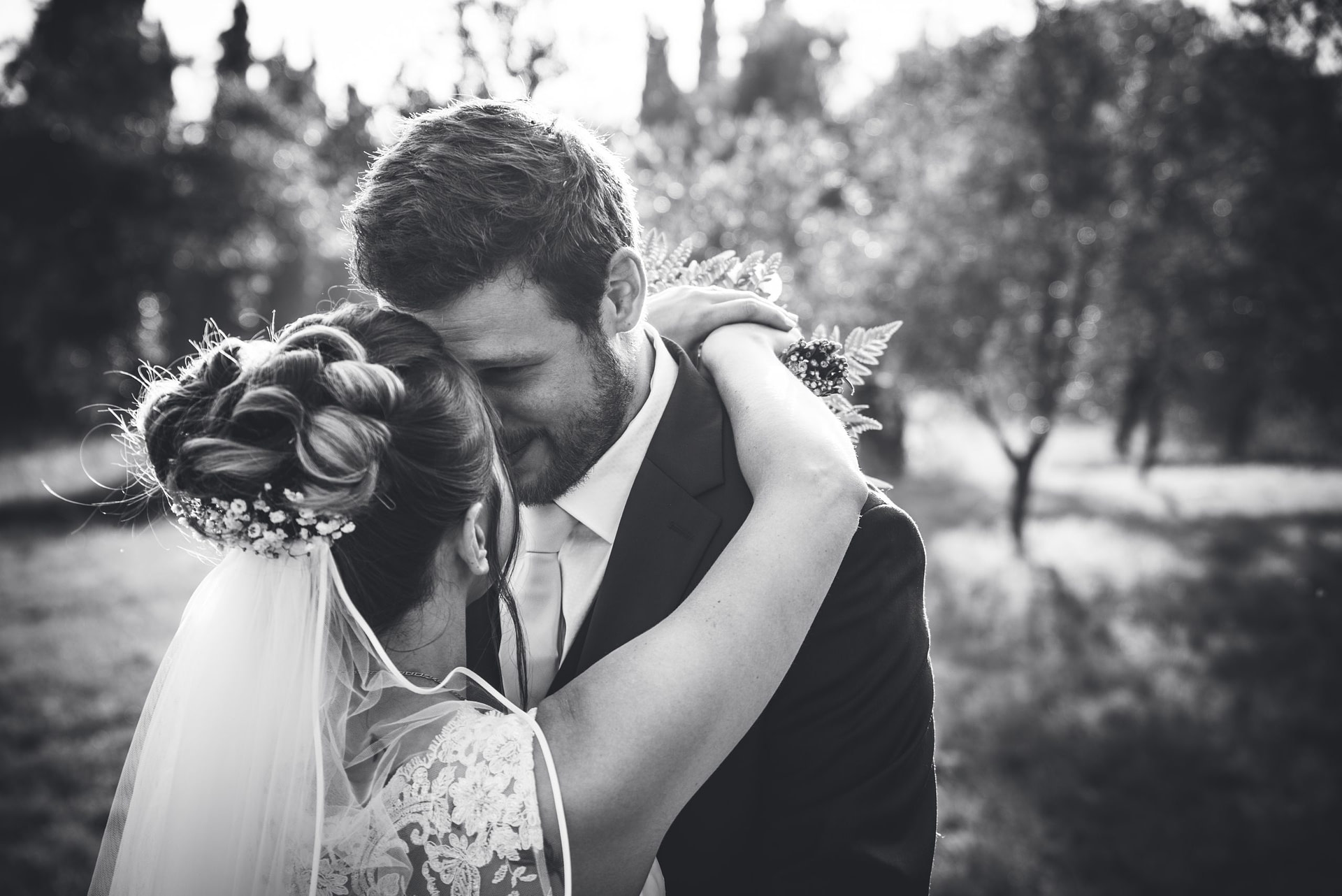 Black and white wedding photos are timeless. With the advent of color film, it seems that black and white photography is a thing ofyesteryear which has little use today, which makes them all the more special for people who love old things; they are inevitably nostalgicThe colors are very different, but without being too sentimental with the traditional colors that we associate with weddings. It is difficult not to feel the warmth that emanates from the images made in the days when there was nothing else but this one shade for photos as unique as these!

On your wedding day is the most important and memorable moment of your life. The way you remember it will stay with you for years to come.

The images of an artistic black and white wedding are beautiful memories that preserve these moments forever. A good photographer brings his or her own special touch to these photos, creating somethinguniquejust for you! 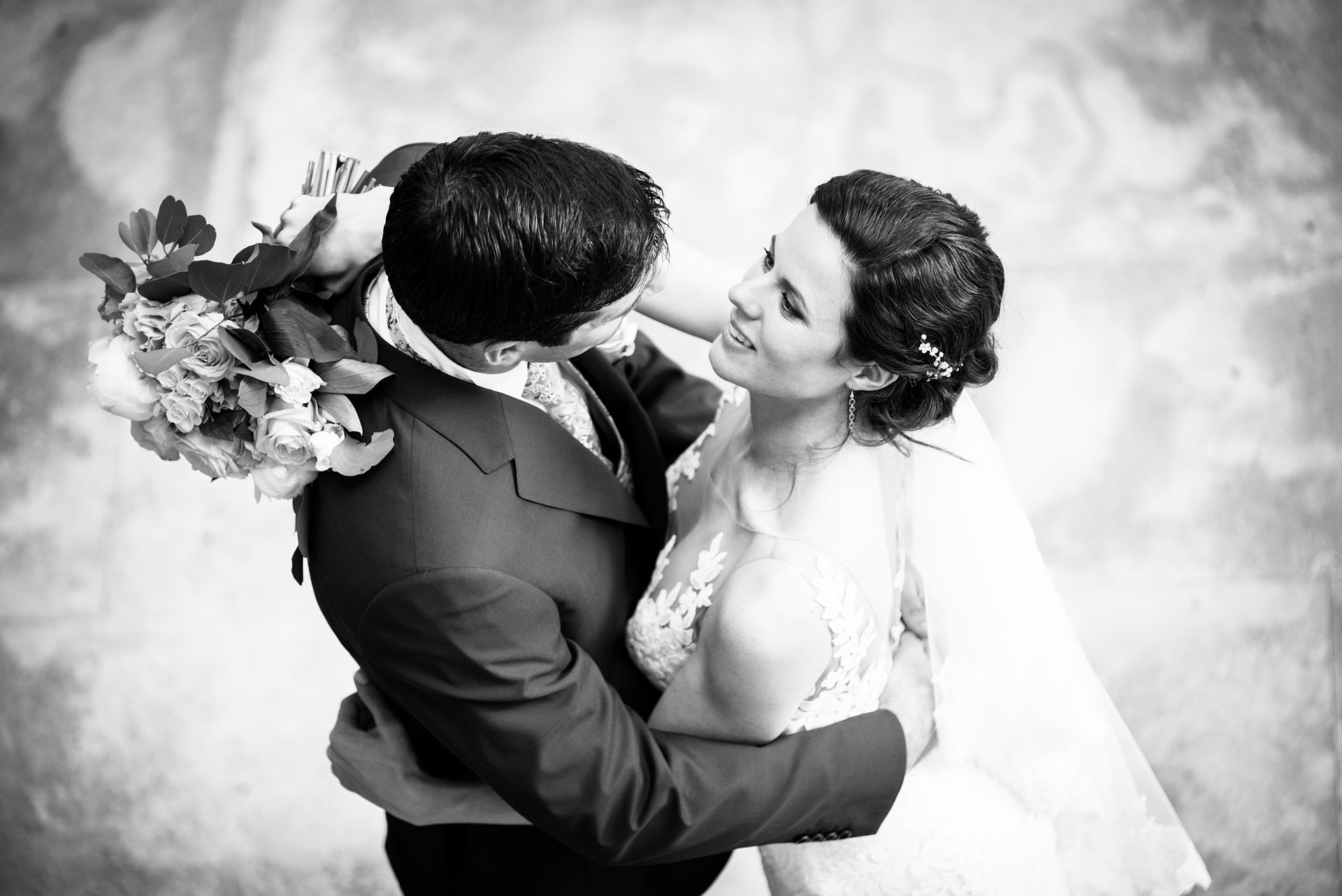 One of the best things about black and white wedding photography is that it can evoke a sense of timelessness. In other words, you can capture images from another era without guests thinking they have to wear their hipster glasses to appreciate them! This also applies if your reception is mostly or entirely indoors in a dimly lit area. Black and white will really help to make these photos stand out when people look at the albums years later.

Black and white photography is a popular technique for capturing wedding images. This style captures the beauty in simplicityIt filters out the colors that can distract from the essential: the faces, the expressions - all those things that make someone an individual.

The black and white wedding photos have a undeniable advantage in relation to the color. The contrast of the different shades of the two colors gives a more striking and sophisticated look to your photos, which cannot be achieved by other color combinations. In addition, there is something timeless about black and white photography that sets it apart from modern trends in photo quality, such as saturation or high dynamic range (HDR).

Black and white is a classic - you will never go wrong by adding these photos in your album, because they show who we were at that time: simple, but elegantWithout too much distraction for those important moments like when the groom sees his wife for the first time in the town hall.

Highlighting the emotions of the wedding with black and white 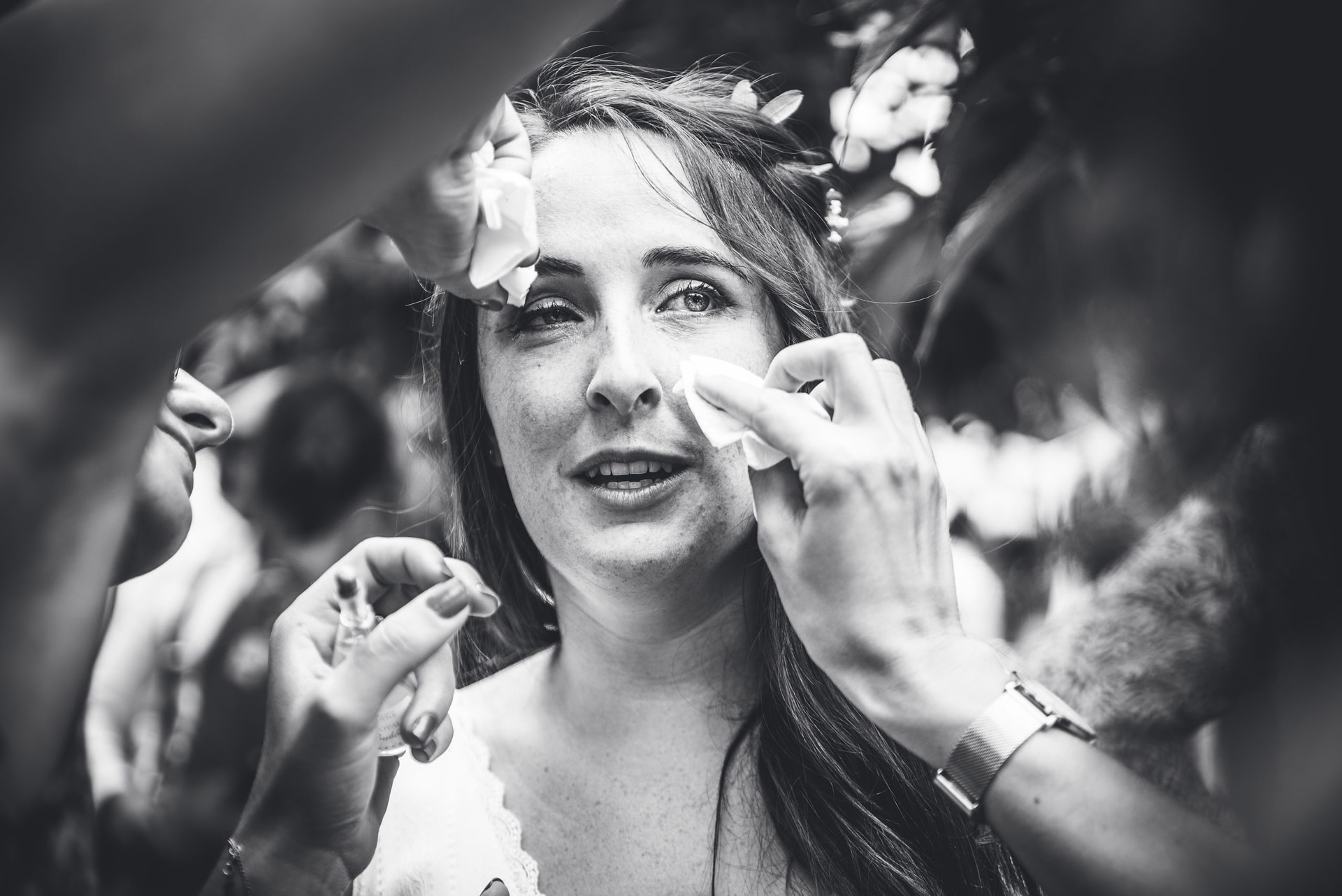 The best way to tell the story of a couple the day of their wedding is black and white photography. The photographer will use light and shadow strategically throughout the day to perfectly capture every moment. This technique can be used for any event, but weddings are particularly appropriate because they present such a emotional journey full of joyful moments that only deserve subtle touches rather than bright colors or shades of every imaginable hue as seen in other types of celebrations.

I love the idea of using black and white for a wedding photograph. It allows you to really highlighting emotions through facial expressionsThis is often lost when working with color photos, as our eyes are naturally attracted to bright colors!

Can you imagine how different your emotional state might be if all your memories were in monochrome? It's not about removing other visual cues, such as the choice of dress or the decoration of the venue, but about changing one element: the photograph itself. I think that's what makes this technique so powerful; it forces couples (and their guests) to experience moments where they don't feel judged on whether or not they have perfect complexions and attractive features, while showing a level of happiness at all times, throughout the day

The photographer has a way of capture the essence of peopleeven in black and white. Without color, he can focus on what matters most to his viewers: the story behind each photo.

History of black and white photography 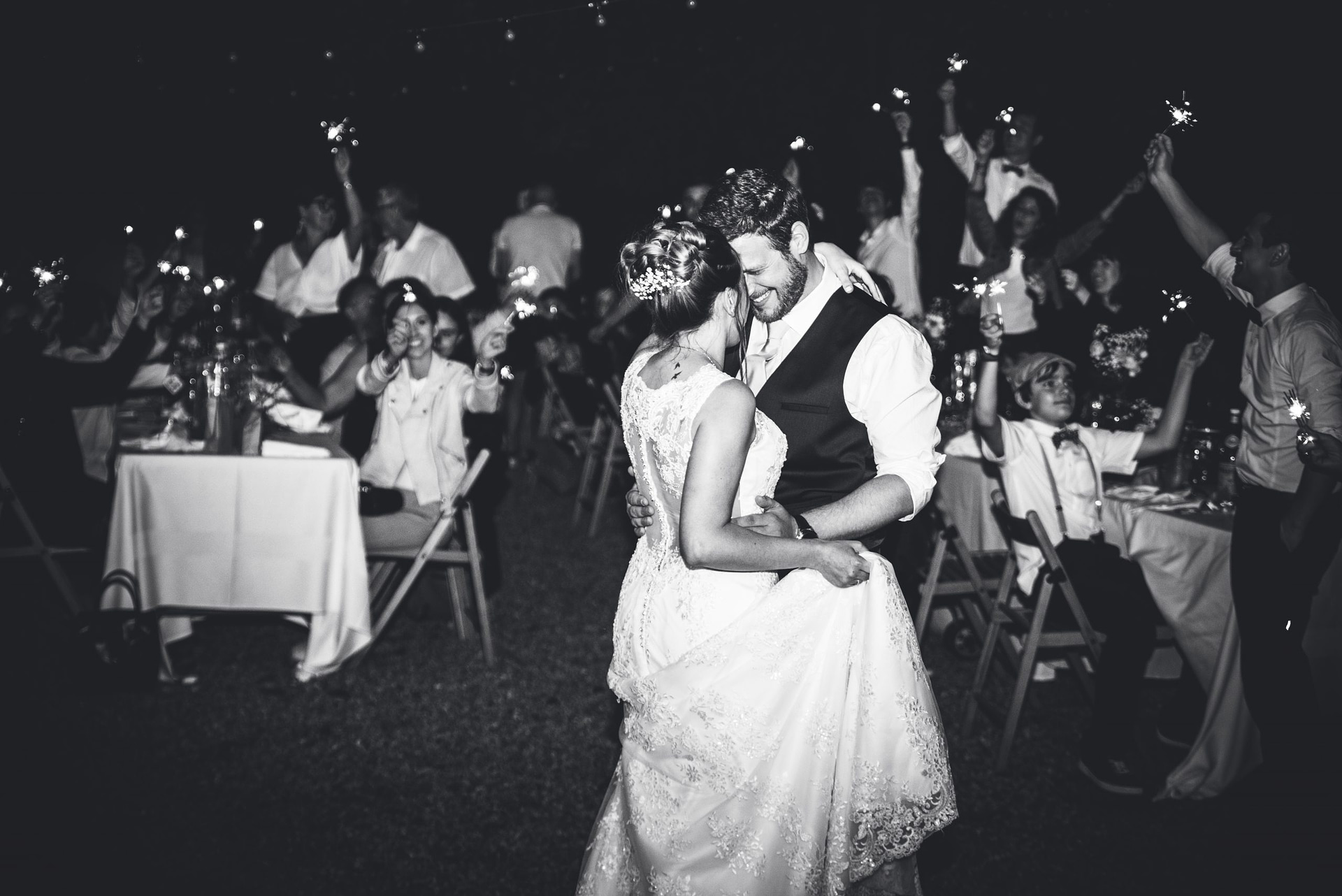 When the first photographic images in black and white were made, many assumed that they could only be viewed in this format.

In 1839, Louis Daguerre unveiled his invention to a fascinated public with an exhibition of forty different views of Paris, some taken from rooftops or elevated positions, which showed scenes most people had never seen before. He was quickly followed by Robert Cornelius, who captured numerous daguerreotypes around Philadelphia two years later, and then by William Henry Fox Talbot's calotype process, another early contender for capturing what would become more common photographic formats, such as the Kodak film strips deployed during World War II. The idea behind these early forms was to capture unaltered light on a chemically prepared paper.

The black and white aesthetic has endured in modern photography, but the world is changing. We are living in the digital agewhere it takes less time to learn how to create an image with or without color, but there is more to it than that. Black and white offers something different of its color counterparts - the depth of emotion captured by lightness (or lack thereof).

The timeless romance between black and white photographs continues to this day, as they offer us much more than their color contemporaries: a sense of raw beautyThe images are often full of deep emotions, such as melancholy, which are difficult for some people to understand unless they are beautifully rendered by these images.

In the world of photography, black and white is a classic. Historically, it is an easy way to to transmit emotions.

A wedding photographer specialized in black and white 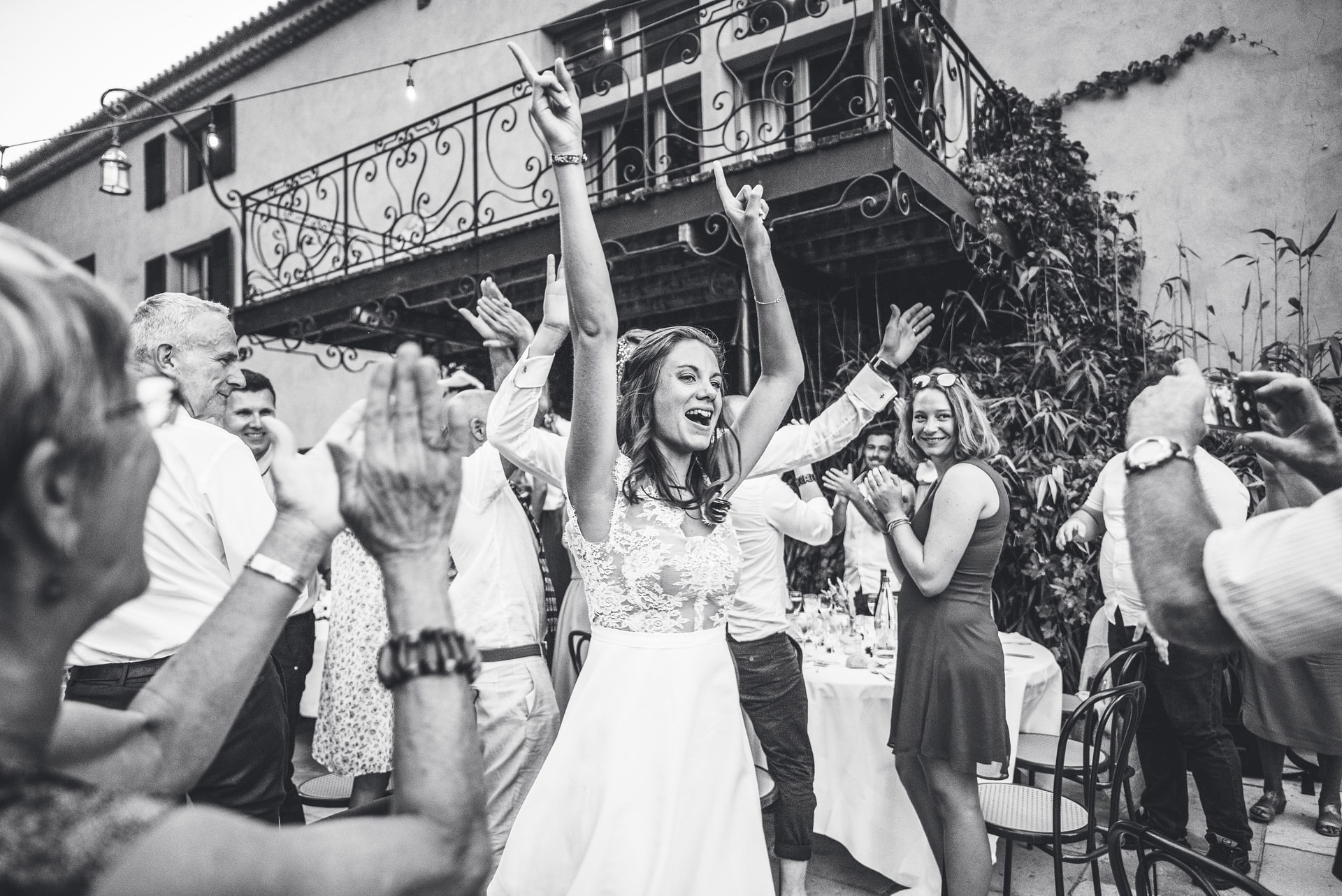 You have many decisions to make when it comes to plan your wedding. One decision you may not be thinking about is the type of photographer you want for your big day. There are many styles and types of photographers, but one style in particular has gained in popularity in recent years - black and white photography!

If this style seems to suit your wedding photos, take the time to explore my website or contact me for any questions. I use my expertise to ensure that each photo is as breathtaking as possible. JI would be happy to discuss with you how I can help you capture all those special moments of your wedding day!